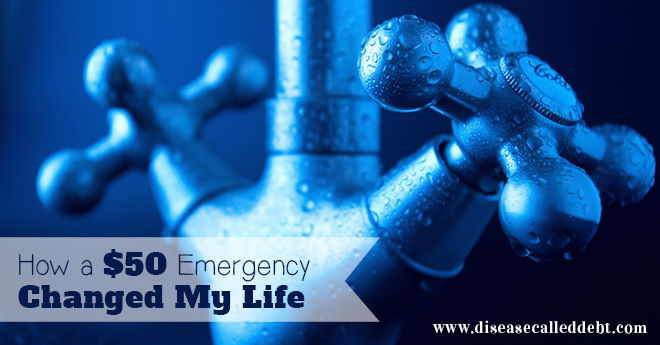 Today’s post is from regular contributor, Tyler, who blogs over at I Am The Future Me!

We’ve all heard the phrase “Ignorance is Bliss”. Unfortunately I was ignorant of my financial situation for a long time.

Most people are in the same boat, with no idea how to get out of it. Or, worse don’t know how bad it really is. Discovering the true scope of my finances was a humbling, embarrassing, and terrifying experience.

My wife had lost her job about a month after we got married. To get by we used credit saying we would pay it back in the future.

The apartment above ours flooded and, gravity being the way it is, the water came into our apartment. Our landlord’s solution was for us to go to Home Depot and rent the equipment to dry the place out.

This seemed simple, put it on credit or pay for it and take it off the rent. But, the problem was that all of my credit cards were maxed out. Not only that but living paycheck to paycheck meant there was no “extra” money for emergencies like this.

How much was this enormous bill we couldn’t afford? Around $50, yes $50 not $500 or anything outrageous. However it was $50 dollars that I didn’t have. No credit, no cash, no emergency fund, nothing.

I called my older brother and begged for him to lend me the money, but he didn’t have any either. Finally, I called my father who was more than happy to help. Even though he never made me feel bad about it, I felt sick to my stomach with embarrassment.

Though many wouldn’t consider this to be a major life changing event, for me it was. I decided I never again wanted to feel this way. So, I spoke to anyone I could about finances. Most people however, don’t openly discuss finances.

So, I took to the internet and found great bloggers like Hayley at Disease Called Debt, Jason at Dividend Mantra, and Cait at Blonde On A Budget.

One of Jason’s posts really struck me hard, he wrote about how he was already financially independent. He was so confident that the efforts he put in would create the future him that he saw.

I took from that the way I wanted to view myself, especially since I had always said that the “future me” would pay my credit card bills.

My steps to debt freedom

The first thing I did was take an honest evaluation of my financial situation. After looking at my credit cards, car loans, and student loans I found that I had right around $29,000 in debt with $20,000 of that being just credit cards. Future me had a lot of work to do.

It’s possible to cut a few costs, live life mostly the same, and pay off the debt in a few years. But, I didn’t want to wait years. So I looked into cutting major things, at the same time increasing my income to pay down the debt much faster.

Some of the changes my wife and I made were, rent (we moved to a cheaper apartment), started cooking at home, taking lunch to work, cutting our phone bill, and any other way I could find.

To increase my income, I didn’t want to work more at my 9 to 5 and getting a raise seemed impossible. So I started “side-hustles” – driving for Lyft, selling on Amazon, and doing any freelance work that would come my way.

I also started I Am The Future Me. Without a personal finance blog, I never would have started this journey. It’s my hope that someday I am able to inspire just one person to do the same, to take action and truly become the future them that they want to be.

We all have a “money story”, some involve a low $50 dollar amount like mine. Others lose their house, car, or other important things that force them to deal with their finances after ignoring them for years.

Whatever it is, make sure that you don’t “get through it” and then go back to your old habits. Make sure you make permanent changes that will help you get closer to your future self.

Author Bio: Tyler Philbrook runs the blog I Am The Future Me. He talks about his journey from $29,000 in debt to becoming financially independent by cutting costs, making more money, and making good financial decisions. 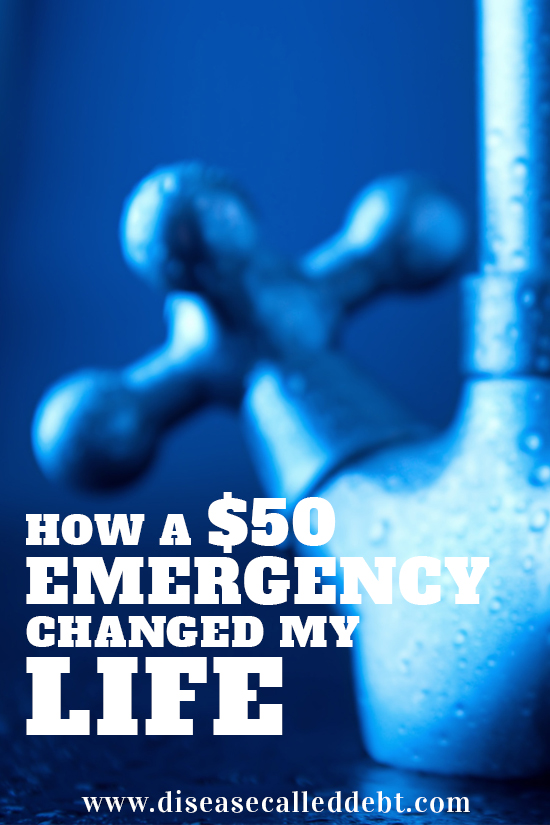