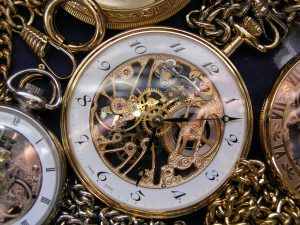 Up until January this year, the hubby and I were working under a couple of blinkered assumptions about paying off our mountain of debt.

One was that the debt was insurmountable and the only way to get through each month was by scraping the minimum payment together. The second was that hopefully something would happen in the future whereby we would ‘come into some cash’ in order to pay off this insurmountable debt.

Assumption #1: We could only afford the minimum repayment

When we believed that our debt was just impossible to clear, we were actually making sure that our finances would never improve. We honestly thought that we could only make the minimum repayments otherwise we wouldn’t be able to afford to eat and pay the rest of our bills. By only making the minimum repayments, we were prolonging our financial misery which obviously had huge repercussions in terms of our quality of life everyday.

As time has shown, this assumption was blinkered because lately, we have found extra money from time to time by making even more savings on our budget and making extra income through selling our stuff on eBay.

Assumption #2: We might come into some cash in the future

If we come into some money in the future, then we could surely pay off our debts then, couldn’t we? Because the hubby might be able to take a bonus at some point from his business. The value of our house which we rent out might go up in value in the next 5-10 years. We might win some money on the lottery. This assumption is blinkered because quite honestly, if we sit around and wait for good financial things to happen to us, we could be waiting for a very long time or even forever!

We batted back and forth from one assumption to the other for several years, at times stressing out completely and then at other times telling ourselves not to worry because ‘it would all be alright’ in the end.

Why you shouldn’t wait to pay off your debt

If you’re working under these assumptions, like we did before starting this blog, now could be the time to take action with your debts! Because paying just the minimum payment is not going to result in getting your debts paid off anytime soon. It could take years and years to become debt free especially if you’re paying interest on your debts. And who knows what’s around the corner in terms of obstacles which could get in your way in the meantime.

The possibility of coming into some money simply just can’t be relied upon so by sitting back and waiting for something good to happen, you could be prolonging the amount of time you’re in debt for. Why not start attacking your debts now and if you come into some money in the future, great! You might then be able to clear your debts and have money leftover to save!

Note: if you’re struggling to afford even the minimum repayments and have already squeezed your budget into oblivion, then you might need to ask for help and there’s nothing wrong with that. We had to take this step a few years ago because we really were struggling. You could contact a debt charity for advice or talk to someone you know to offload the mental burden of carrying around a load of debt everyday.

The principle remains the same in all cases – taking action against your debt now will inevitably mean that you’ll get out of debt faster and you could be on the road to financial security sooner than you think.

Have you been in a situation like us where you’ve been putting off getting out of debt?