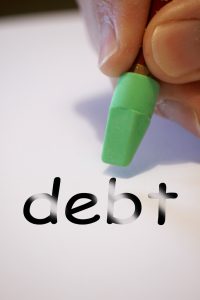 I was asked recently about how the hubby and I are managing to pay off our debt on a low income compared to a pretty decent combined income from around 4 years ago.

We actually earn around half the amount of what we did previously due to job changes and family priorities.The short answer to how we’re paying off debt on a low income now as opposed to before is quite simple really.

We adjusted to the drop in our salaries and not only this but we learned to live below our means. At the same time, we made it our mission to pay off our debts once and for all. Carry on reading for the long answer!

Up until our daughter was born, I had a relatively well paid job here in the UK earning around £30K working in Marketing. My hubby was also paid in excess of £35K at his job. So together, we earned around £65K per year. We had the same sort of bills that most people have: mortgage; utilities; insurances; fuel; groceries; debts etc. Even though things were tight for us financially, we spent money on going out socialising to bars and restaurants, buying new clothes and going on trips away too. At this time, we were actually living above our means and we were accumulating debt!

Then a series of financial changes happened which resulted in our lower salaries and eventually led to us living below our means.

1. The hubby started a business

After we got married, my hubby decided to set up a business and almost instantly his salary dropped significantly. We started cutting back by shopping around for cheaper deals and we managed to be able to live on less money each month. Then I fell pregnant with our daughter and decided that I would take a year off work to be with her. I wasn’t very happy in my job anyway and so I was keen to re-evaluate my priorities.

2: We managed to save for the first time

During the time I was pregnant the hubby and I managed to save around £7000 which we worked out would be enough for us to get by on in addition to the hubby’s lower salary once my maternity package had finished. Of this £7000, we had to buy some things (which were mostly second hand) for our baby and the rest was earmarked for topping up our income when my maternity pay ran out. We managed to get our savings together by not going out much and we sold a lot of things on eBay. It was a surprise to us that we could actually manage to build up a pot of money despite our finances being tight.

So our daughter was born and we naturally started spending less anyway. We didn’t have time to go out much even if we wanted to! Then we experienced a real blow with our debts where we incurred a lot more debt than before due to the hubby’s new business. It was a frightening time especially with me being on maternity leave and the hubby’s drop in salary.

As a result of this additional debt, to cut a long story short we had no choice but to enter into a debt management plan with most of our creditors. This meant that the monthly payments for the debts were reduced as we couldn’t afford to make the usual payments.

4. We started thinking differently about the way that we spent money

Although we then had a little more breathing space with our monthly expenditure, we knew that of course the debt would still need to be paid and it wasn’t long after this that we decided to make paying off debts a priority. We still didn’t have any spare income though, but gradually we began making more changes to our spending, like getting rid of luxuries like Sky. We also had private healthcare insurance which cost us over £100 per month. I still think private healthcare is good to have but here in England, we are lucky to have the National Health Service (NHS) which is free so it’s not a necessity.

When things started settling down a little, it was time for me to go back to work. After much consideration, I decided not to go back to my old well-paying job for three reasons:

So although we were suffering from some real financial problems, we decided that if I went back to that particular job, we wouldn’t be that much better off financially. Then there would be the side effects of me being stressed out and missing out on all those great things that kids do as they grow.

6. We relocated and cut our spending even more

We timed the decision to leave my old job with relocating to be closer to my hubby’s business. This resulted in us saving a lot of money on fuel, at least £300 per month. Our new place that we were renting was slightly cheaper than the mortgage on our old house which we in turn decided to rent out. The fuel saving and paying less for our home made a huge difference to our monthly budget.

I started applying for part time jobs near to our new home. There wasn’t much around because we moved to a countryside location so I decided to start up a local business from home which in all honesty still doesn’t pay much. However, I’m way less stressed now than I was before and I’ve managed to avoid childcare costs and be around for my daughter so in my mind it’s a win-win situation!

7. We had our lightbulb moment about the debts

When I started this blog, we became really serious about getting rid of debt because we knew just how much the debts were impacting on us and limiting the way that we wanted to live our lives. So we knuckled down and reduced our expenditure even more by planning meals ahead, buying in bulk and getting rid of anything unnecessary.

Our income is still pretty low but because the hubby’s business has now been going for four years and is generally quite successful, he can occasionally take a bonus which we’ve put towards the debts each time.

Due to the gradual changes that we’ve made around our finances, we can now safely live below our means and even have a bit of cash spare each month which we put towards the debts and a little into savings. I take on any extra work that I can find to top up our income a bit more. We also recently received a mis-sold PPI refund which has helped us to eliminate a good portion of our debt lately. As this blog has documented during the last year, we’ve managed to stick with our mission and keep on tackling our debt rather than spending our money on ‘stuff’ that we don’t need!

The fact that I don’t earn much right now actually means that I pay much less tax than I did before. So I get to keep more of the money that I earn, which is nice! The hubby and I don’t receive any government benefits like housing benefit whatsoever by the way, because our combined income exceeds the benefit threshold by around £5000 per year. That’s totally fine with us because managing on a low income now gives us real hope for the future, when we’ll no doubt be earning more and the debts are gone!

It turns out that we don’t actually need as much money as we thought to pay off our mountain of debt. We’ve learned to use the money that we do have more wisely and alongside a lot of willpower and motivation, we’re succeeding!

Have you achieved a financial goal whilst money has been tight?