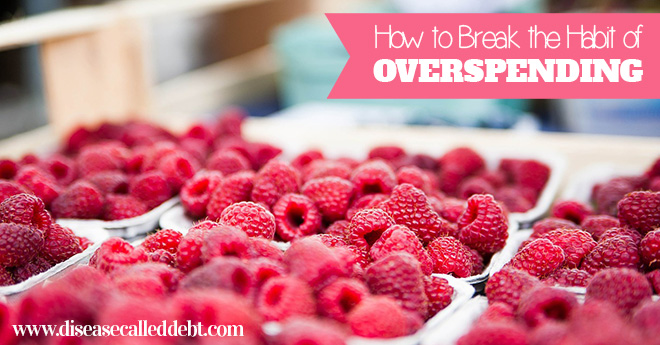 Bad habits are the things that we do which give us instant gratification or ‘false’ pleasures. For example, if we drink regularly on an evening to wind down after a day at work, we might feel better and more relaxed for a couple of hours, but we may also have a restless night’s sleep because of drinking a bit too much.

Bad habits tend to have knock on effects – for example in this case, being tired during the day because of drinking too much the night before might lead to being unproductive at work or skipping breakfast because we got up too late to make it in time. Bad habits can really cause collateral damage if we don’t try to rectify them!

Why overspending is a bad habit

Overspending can also be classed as a bad habit – can you relate to any of these scenarios?

You go to the local supermarket because you’ve run out of milk, bread and butter. When you’re in the shop, your eyes are drawn to the abundance of grocery products on the shelves and you end up bringing home two or three bags full of shopping. Instead of spending under £5 at the supermarket, you’ve spent £35. When you get home, you realise that you did actually have some of what you bought at the supermarket in your kitchen cupboards already!

And so you end up wasting money because you have bought groceries that you didn’t need. You promise yourself that you won’t waste anything so you either eat more than you need for fear of your food going out of date, or it goes out of date before you can eat it. You kick yourself for overspending (again).

Your used car is on it’s last wheels and it’s draining money from your pocket most months with more and more car repairs. You have a sum of money saved up and you decide to spend it on another used car. You figure that if you spend a bit more money, you’ll get yourself a better car.

You know you can afford £3000 for a used car but that’s the top of your budget. When you get to the car showroom, you’re not happy with the cars within your budget because they’re not the right make, model and colour or they have too many miles on the clock.

The salesman tells you that in order to get a better car you could up-spec slightly to £4500 and do a part exchange on your old car for £500. You know you shouldn’t even look at these other cars because they’re out of your price range, but you do anyway. When you see a couple more cars which are nicer, you battle with yourself, trying to figure out how you can get hold of the extra £1000.

You consider all the borrowing options available to you in order for you to raise the extra cash. Temptation wins and you go ahead. You feel guilty but you convince yourself that you are getting a better deal, you’d probably have to pay for more repairs on a cheaper car etc etc. You’ll be ok because as of payday, you’ll be able to claw back some of the extra money that you’ll have paid for your slightly newer car. You drive your slightly newer car home but you’re not quite as happy as you’d thought you’d be about it!

What factors cause us to overspend?

There are many areas where we can overspend if we don’t pay attention to what we’re doing. If we overspend on a regular basis, this can become a really bad habit that we just do without thinking!

We spend sometimes to make us feel good about ourselves, paying more for big name brands – like a nice outfit from some designer shop – because the perception we have of paying more for something makes us feel like somehow we’re ‘worth’ more.

Some of us even overspend whilst believing we’re getting the best value for money such as buying things on 2 for 1 special offer when we don’t really need them. This might be a useful thing to do if we can store extra items or if we’re able to cook food in bulk and freeze it. Over time, that makes financial sense. But spending just because we can’t miss out on a bargain doesn’t!

Here are some of the possible reasons why we overspend:

The knock on affects of overspending

Overspending, whether it’s mindless or conscious overspending, messes us up because we feel guilty after we’ve overspent especially if we’ve resorted to credit to do it. We’re often left out of pocket and sometimes well and truly skint! It can quickly become a cycle of getting deeper in debt if overspending isn’t nipped in the bud.

It’s no surprise that the rest of our monthly budget could be impacted and we might have to go without other things because of the purchases we made. And lastly, any pleasure we’ve experienced from buying something we can’t really afford usually doesn’t last all that long and we start regretting the purchase or wanting other things anyway.

How to break the bad habit of overspending

If you end up overspending on a regular basis, you could try the following to break your habit:

Habits develop over time, so it makes sense that if you try to do things differently for a set amount of time, you’ll eventually become used to your new way of spending. You’ll be well on the way to forming good financial habits instead!

Is overspending one of your bad habits? 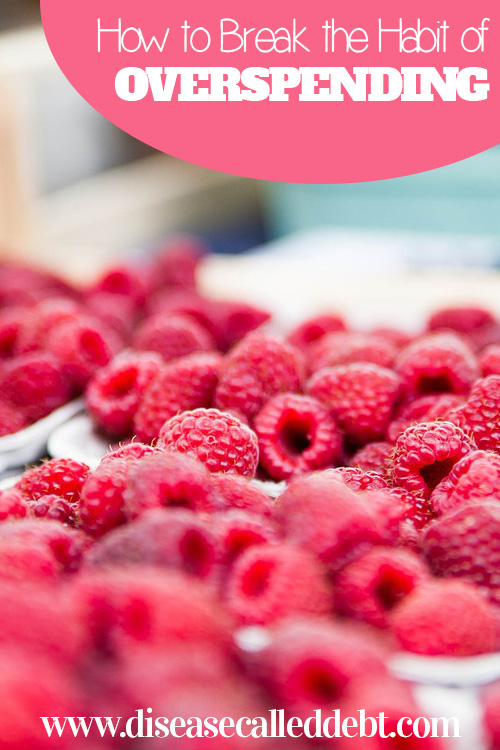