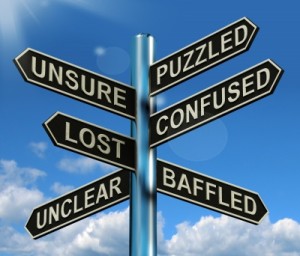 Last week I mentioned that the hubby and I have recently experienced a couple of minor emotional hurdles concerning our debt situation. In part 1, I explained how I received a letter that made me feel rather queasy from a debt collection company chasing an old debt from 2003 (that I didn’t and still don’t know anything about)!

Luckily, help was on hand in the form of the wonderful PF community and I was able to find out my rights concerning this. I’m currently in the process of fighting this little complication to the end. 🙂

Today, I wanted to focus on the other issue which reared its head at the time and rocked our boat a little. This issue was something called an Individual Voluntary Arrangement (IVA).

How we manage our debt

You may know from reading our story that my hubby is involved in a Debt Management Plan (DMP). A DMP is an informal agreement between a person and their creditors to arrange a lower repayment plan. Our DMP is in the hubby’s name but we treat this as ‘our’ debt because that’s what it is. We have joint finances all the way.

Back when things were fairly bad and the hubby got into debt from his business expenses, he had to liaise with his creditors to ask for a reduced payment plan in order to afford the payments. At the time, it was either this option or there would be a real danger of no food on the table.

Although these reduced payments have enabled us to survive financially, the hubby’s credit rating is adversely affected. Each month he defaults on his payments because of the fact that he’s paying less than the minimum amount (the interest is frozen thank goodness). This is reflected on his credit file for six years after the last default takes place!!! So obviously this wasn’t a decision that was taken lightly but something we felt we had no choice about. It was the better of two evils.

Because I’m self employed, our income is very variable and the only way we’ve made such good progress on paying off our debt this year so far is through scrimping, saving and selling a ton of items to make extra money. Most of this has been paid towards my credit card to try to get rid of this first before we tackle the rest of our debt. This is because I’m currently paying a small amount of interest on my credit card debt and once this debt has gone, we’ll have extra money each month to pay towards the DMP. Yay!

So in a nutshell, our plan is to pay off my credit card and then continue to scrimp, save and make extra money. Any payments then made towards the DMP would be equally shared amongst the creditors. With this in mind and because we’re just a couple of months away from paying off my card, we’ve been super excited and really positive.

Sometimes having choices can make the road ahead unclear

However a couple of weeks ago, the hubby received a phone call from an insolvency specialist company asking him whether he would be interested in an IVA. This is a form of personal insolvency (not quite as extreme as bankruptcy) and is a legal process which goes though court. What it means in practical terms is that we’d pay back substantially less than what we owe as some of our debt would be written off.

The IVA would last for five years with an agreed repayment amount each month. At the end of the five years, we’d be asked to value our home and should there be any equity in it, we’d then be asked to remortgage it to pay off more of the debts. If we were unable to find any equity, we’d continue the IVA for another year. The impact on the hubby’s credit file would be significant (as bad as if we were to go bankrupt) but once the IVA completes, he could start to build up his credit score again. So this is a sort of ‘plus’ to an IVA situation.

We were offered this as a possible solution to tackling our debt. Because our level of debt is so high, it could take years in theory to pay back the debt by way of a DMP, like we’re doing already. In theory that is, because we intend to pay it off much sooner. With the IVA though, it means that the debt is ‘settled’ one way or another after five to six years.

It’s not a solution for us

I can see why some people would go down the IVA route rather than go through a DMP, but I’m not sure it’s for us. For starters, I’m not too happy about the fact that we’d be asked to remortgage our home. If we’d have wanted to put our debt onto a mortgage, we could have done this a long time ago when we had equity in our home but we certainly don’t fancy paying interest on this debt for the next 20 years or so. It would be like taking out another loan but only to get hammered on interest!

We were told on the phone that we ‘probably’ wouldn’t have to pay back any of our equity because of the fact that we’d struggle to get a mortgage for a while due to the hubby’s credit rating. But I think this is still too risky to consider.

There’s also something that doesn’t feel right to us about ‘becoming insolvent’ in a court of law when we can actually make these reduced payments at the moment. It’s kind of like giving up when we’ve come this far already.

There’s a part of us which is really proud of the fact that we’re paying off our debt! Although we still can’t afford the full repayments yet, perhaps we can get those payments back on track once we make some headway in overpaying our creditors and then we could start to repair the hubby’s credit rating earlier than we think.

One question that the person from this insolvency company asked of us was this: did we really think we would be able to pay back this amount of debt in even 10 years? Hey thanks for boosting our confidence! I was thinking around four years actually with a supreme amount of effort from us.

This person was an outsider to our situation yet they shared the fact that they doubted we could achieve debt freedom at all. This is what caused the hubby to have a wobble recently and led to him wondering whether we could carry on with plans as they are. We don’t like wobbles, because they just stop us from thinking positively and making the best of our situation!

Anyway, after carefully weighing up the options and rebuilding our confidence in what we can achieve, we have decided to stick with our current path on our DMP, focusing on scrimping, saving and making extra money until this debt is paid off once and for all.

It’s only us that can make this happen and we can’t afford to doubt ourselves now even if other people do! I’ve got a good feeling that next year is going to be ‘the one to remember‘ in terms of debt payoff and turning a corner!

Have you ever doubted yourself before because others haven’t believed in you?

Editor’s note: This week is a jam packed one for A Disease Called Debt! Please visit tomorrow for Frugal Feast #2 with the fabulous Eva from Girl Counting Pennies and I’ll be back on Wednesday with October’s Debt Repayment Update!

If you’d like to be kept updated with future posts, please consider subscribing by email or RSS to make sure you don’t miss them!