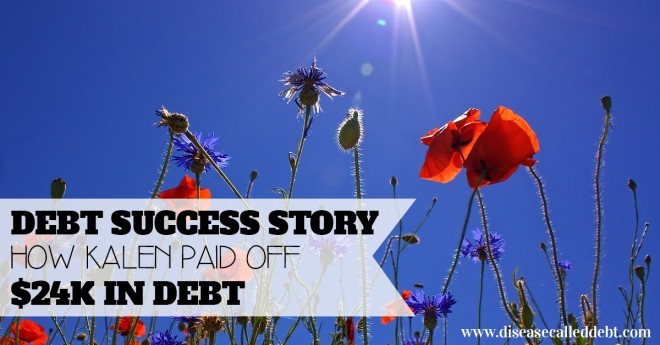 Welcome to another inspiring edition of Debt Success Stories! If you’re in debt and not sure where to start in paying it off, then this series can help you to begin.

You’ll need a compelling reason first and foremost to make you really want to start paying off your debt. Then you’ll need a LOT of motivation and commitment to stay the course. Arm yourself with knowledge about debt and personal finance along the way and you could have your own Debt Success Story before too long!

Today’s Debt Success Story is shared by Kalen Bruce who is the founder of MoneyMiniBlog. Kalen knows first hand what it’s like to be restricted by debt and he worked extremely hard to get rid of his debt so he and his family could be at ease with their finances.

Q1: What was your debt total at its highest and what kind of debt did it consist of?

At it’s highest, I guess it was close to $150,000, but since then we were able to turn our old home into a rental property.  I don’t include that in my personal debt now, because I actually earn income from it.  My wife and I were basically $24,000 in debt.  It was all stupid debt. Credit cards, car loans, the usual.

I honestly just got really angry.  Really angry about being in debt and being average.  I wanted to be better and do more with my life, but the debt was holding me back.  Then I decided to fulfill my dream of joining the USAF and I realized that I couldn’t join with that much debt, so it was time to make a serious change.  That’s when I became a student of personal finance.

Just about all of them.  Financial issues, marital issues, family problems, unexpected expenses, emergencies…Murphy’s Law really came to be a reality.  It wasn’t until after we had a fully funded emergency fund that we stopped having emergencies.  Funny how that works.

Q4: How did you stay motivated in order to keep going with your debt repayments?

I had an end goal.  It started as a goal to join the Air Force.  Then I realized how interested I was in finances and I wanted to become a personal finance educator, but I knew I couldn’t teach finances while I was in debt.  That wouldn’t make sense to me.  I had to get my finances under control before I could help other people control their finances.

The biggest was probably our food choices.  We were used to going out for dinner ALL THE TIME.  It really sucked to have to start eating at home more.  That’s where we spent a lot of money so that’s where we really needed to cut back.  Overall, it was an entire lifestyle change though.

At one point I was working 2 full-time jobs, 1 part-time job and running a paper route.  That’s what it took for us to get out of $24,000 in debt in less than 2 years, not that I recommend working that hard.  It was hard on my body and my family.  Since we basically stopped spending money and started living on a strict budget (while earning as much money as we possibly could), it happened really fast for us.  We just stayed disciplined and strict.  Before we knew it, our debt was no longer.

Everything, but the number one thing is the feeling itself.  It is a very freeing feeling to know that, if we wanted to, my wife and I could drop everything and do whatever we wanted.  We are not bound by that financial situation anymore.  We don’t have anything that is forcing us to earn money…well, except for the government since I am in the military.  My point is that we are not under the bondage of debt and that is a much better feeling than I could have imagined.  Plus, now it’s so easy to say no when I receive offers that will put us in debt.  I know what it feels like and I am never going to feel like that again.

The first step is to not get in any more debt.  I see people all the time who are trying to get out of debt, then the next thing you know, they bought a new car and they have some great excuse for doing it.  If you don’t get in any new debt, you will eventually pay off your existing debt, no matter how bad it is.  I would also suggest reading as many articles and books as you can.  Be a life-learner and always be willing to grow as a person.  There are a lot of people out there who know more than you.  Let them help you, but only take advice from the people who are where you want to be.

Author Bio: Kalen is the founder and main finance writer of MoneyMiniBlog.com. MoneyMiniBlog is full of short, entertaining, informative articles on personal finances. Kalen is a Christian, husband, father, Airman, writer, web designer, musician and an avid food connoisseur.  You can follow Kalen on Twitter.

Editor’s note: Thank you Kalen for sharing your inspiring Debt Success Story with us. The point about not getting into more debt is really good advice – I used to spend months trying to get out of debt and then go and get into debt for something I really needed, like new windows for my house for example. Looking back, the windows we had were just fine and this was something that could have waited until I had the money saved up. I spent ages paying that particular purchase off by the way!

Do you have a Debt Success Story to share? If so, I’d love to hear from you – please get in touch. 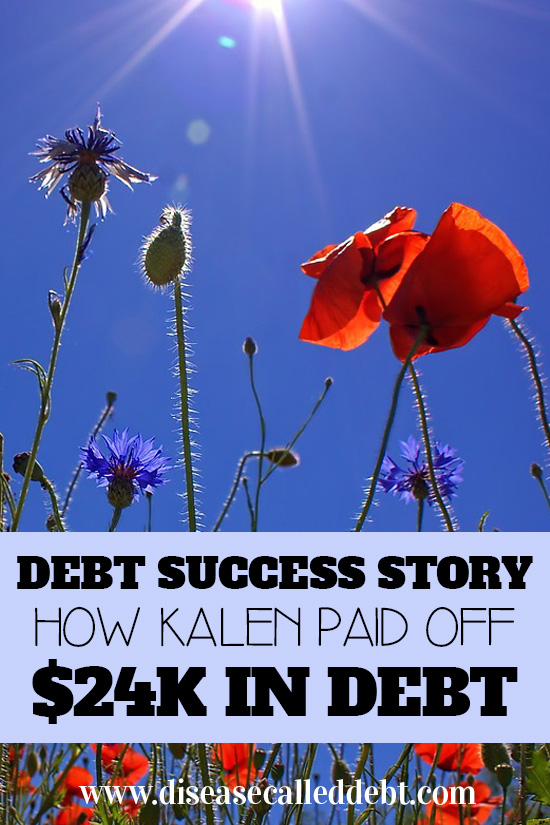